Join Us in the Fight to Keep Texas Red!

Join Us in the Fight to Keep Texas Red!

Dear Fellow Texan:
We write on the heels of a remarkably successful legislative session where the Republican-led Texas House enacted unprecedented property tax reforms, historic reforms to our State’s public education system, and a constitutional amendment prohibiting a state income tax. Despite our unparalleled successes, our Republican majority is under attack—
and we need your help.

The House Democratic Campaign Committee has launched a full-on attack to “flip the Texas House.” But the fight against us isn’t just being led by our Democrat colleagues—national money will flow into the battle for the Texas House thanks to an effort being led by former President Obama and his Attorney General, Eric Holder. As Governor Abbott said:

“Former AG Eric Holder is working with Obama on strategies to win back seats they lost… We are organizing now to remind them: Don’t Mess With Texas. We don’t want out-of-staters rigging our elections.”

That’s right—2020 isn’t just any election year! So if we do not have the financial resources to match the Democrats’ spending in Texas, Republicans could lose the Texas Legislature and seats in the U.S. Congress that Nancy Pelosi wants for the Democrats.

So if you like Texas the way it is—if you want the Texas Miracle to continue and for our State to continue to be the best state for business, we need your help. We need you to contribute to the Texas House Republican Caucus Political Action Committee.

As a caucus, we are unified and working toward our shared goal of protecting our 83-seat Republican majority and ensuring that Texas continues to be a business-friendly state with limited government, low taxes, and reasonable regulations.

Join us and Governor Abbott in the fight to keep Texas Red, to beat back national liberal groups who think they can buy Texas, and to ensure that our state is always the best state for business.

We got a new logo! As part of our branding overhaul, we are bringing a fresh new look to all of our platforms. Want to stay up-to-date on #txlege happenings? Be sure to follow the Caucus: @TXGOPCaucus 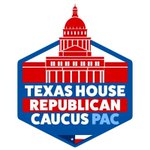 For months we’ve heard about the millions & millions Democrats have sent from outside of Texas to turn us blue. I’d like to thank them for stimulating our Texas economy. #TexasStillRepublican #RedVotersHadTheLastWord

Thank you. It is an honor to serve. 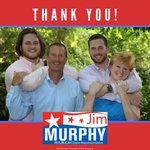